Live at The Astor | July 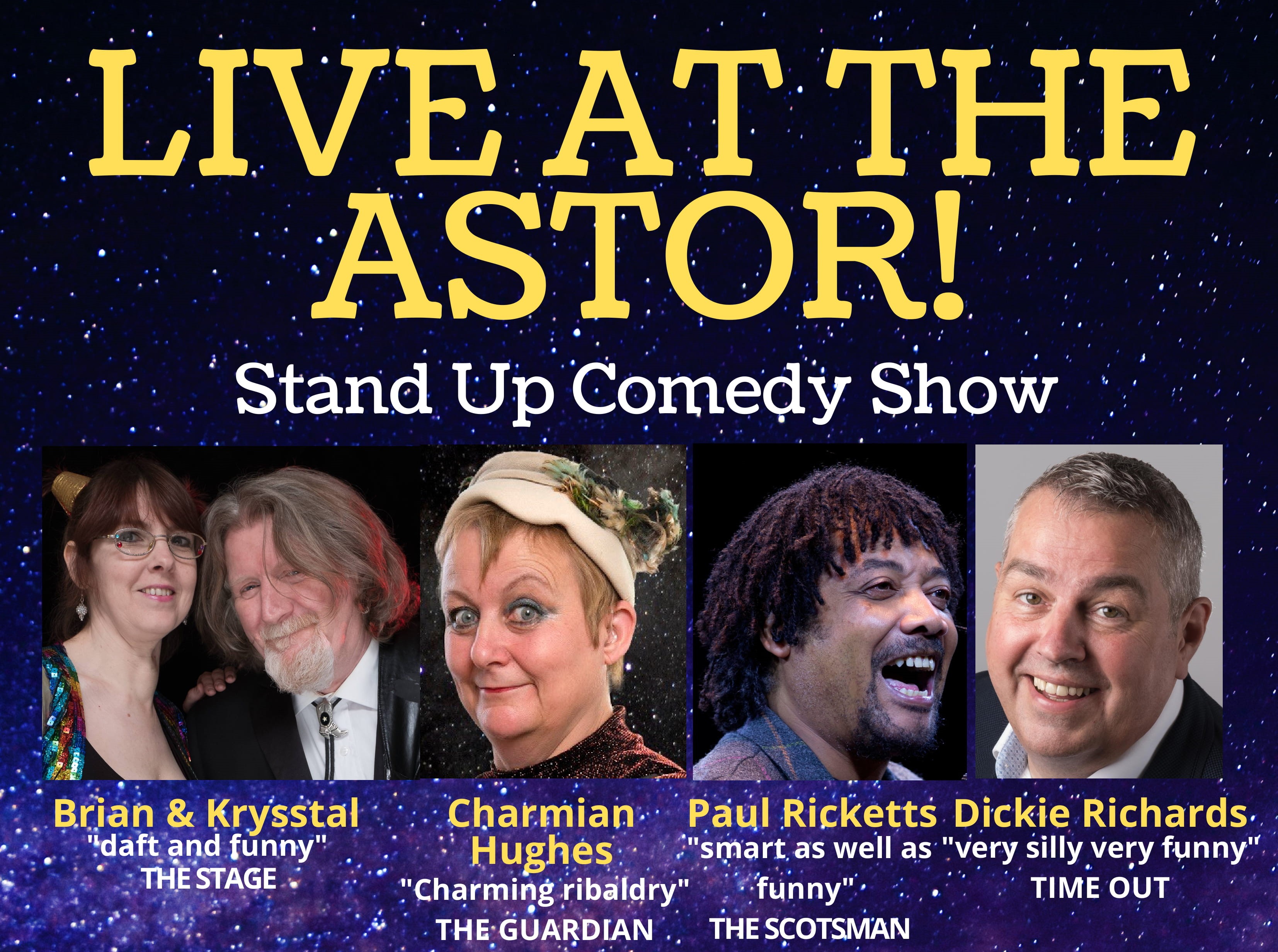 Since meeting at The Edinburgh Festival in 2000 Brian & Krysstal have entertained and delighted all kinds of audiences at comedy clubs, cabaret nights, festivals, corporate and private functions in locations far and wide. Regular fixtures
at The Edinburgh Festival for eight years, the duo have worked all over the UK as well as Germany, South Africa, Gozo, Spain, Denmark, Ireland, Australia and of course… Peckham. Brian is infamously grumpy and deadpan, while his assistant
Krysstal is glamorous but ditzy. The combination is unique and very funny. Their timing is exquisite, their humour dry and sometimes bawdy.

Charmian Hughes' warm blooded comedy has taken her all over the country and abroad and to all sorts of different audiences- from the House of Commons entertaining cabinet ministers and MP's to Wormwood Scrubs Prison, performing to Lifers. More conventional venues have included Up the Creek, The Balham Banana, Birmingham's Glee Club, Hampstead Comedy, Bristol's Jesters and The Bearcat Club,

Paul Ricketts is an award-winning comic who since 2005 has been entertaining audiences across the UK and beyond. Since starting as an MC in his own London Comedy Club, Paul has developed into a much sought after performer on the comedy circuit. His intelligent humour focuses not only on sharp observations from life, but also racial, cultural and satirical subjects, intermingled with strange tales of ordinary madness. Sometimes silly, serious or surreal, sometimes autobiographical, political or near the knuckle - but always funny!