Live at The Astor | August 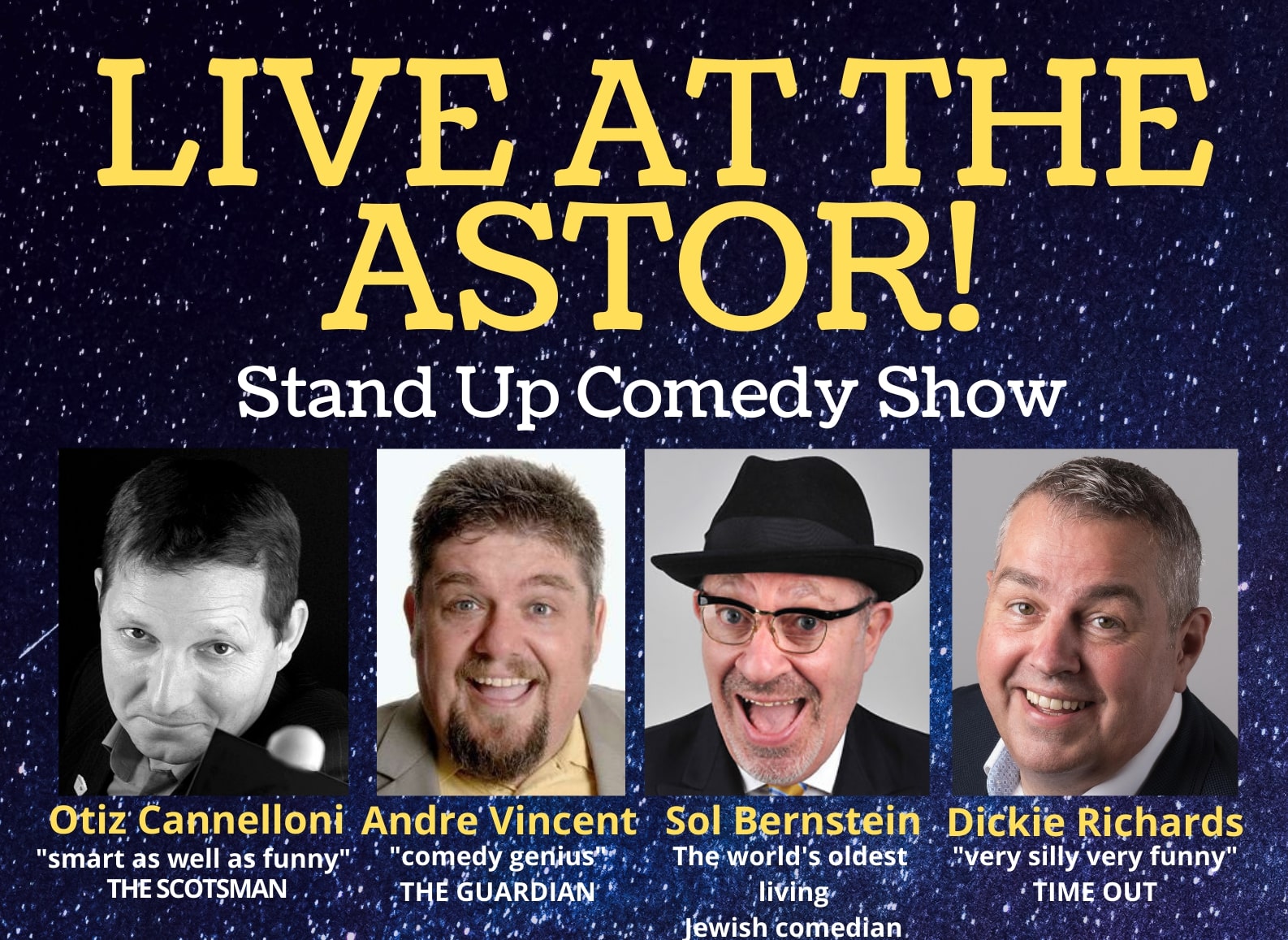 In 2018, Otiz Cannelloni won the Lifetime Achievement Comedy Award voted for by his fellow pro’s. He is one of the most respected acts on the circuit, with almost perfect comic-timing and an ability to mix jokes, props and silly magic seamlessly.

“When this man is on stage the dressing room empties, as the rest of the comics rush to watch and learn from his mistakes. It’s taken years of practice to make something so simple look so difficult.” – Otiz Cannelloni (himself!)

Andre Vincent is an award winning stand up who has created and performed shows with Marcus Brigstocke and Phill Jupitus. A situational comic, Vincent is known for his observations about health matters, including his experiences with diabetes, cancer and kidney surgery.

Sol Bernstein is the comic creation of Steve Jameson, himself a top comedy performer. The legend that is Sol Bernstein escaped the Pogroms in Russia, the Nazis in Germany and Mosleys blackshirts in London, went on to become the World's 1st all-round entertainer. He's a song and dance man, a comedian, a magician, an actor, an amazing ventriloquist (with his suitcase friend Mr Pinkus) a Jazz musician (Sol was rated as the BEST TRIANGLE player in the USA in the 50's by performers like Louis Armstrong and Duke Ellington ). Also rated the best impersonator EVER !!