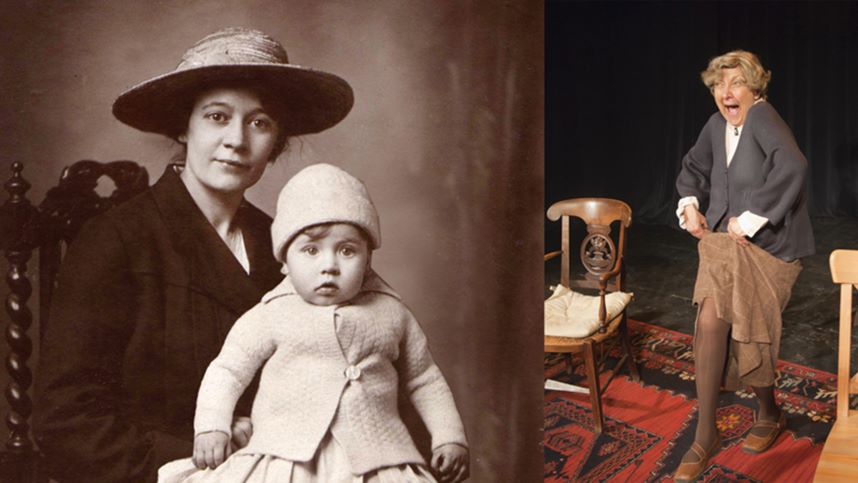 It’s 1969 and a woman looks back on her life in London. From the Boer War to The Summer of Love, Flo Smith - daughter, sister, wife, mother, widow and grandmother - recalls with horror, humour, tears and joy those turbulent times at home and in the world beyond her front door.

"Funny, poignant, often both at once, Flo is both an engaging personal story and the best kind of history lesson."
Harriett Gilbert (BBC R4's 'A Good Read')
"A moving, humorous and compelling survival story... a fantastic performance from Ursula Mohan. A wonderful play with
sound effects that draw you to another time and another place"
Michelle Magorian (author of "Goodnight Mr Tom")
"Not to be missed"
Hugh Stephenson, British Journalist and Professor 28.06.19
"Very good. Very moving. This turned out to be a lesson in resilience. It should be viewed by the pampered
youngsters of today because they really don't realise how lucky they are. In fact, it made me realise how
lucky we all are - things seemed so hard back then. And yet people just got on with it without making a fuss.
Great performer - audience members stood for her at the end!"
Chrissie Vaughan The Audience Club 2.09.19
Production background:
It was 1969. I was a drama student in my final year, casting around for a subject for my dissertation. I hit on the idea of
interviewing and recording the reminiscences of Florence Smith, my paternal grandmother. "Nanny Smith" was happy to oblige and so for several days in the Spring of 1969, I sat in her cosy living room at number 36 Richie House, Hazelville Road, North London, drinking copious amounts of tea and listening avidly while spool after spool of my tape recorder was filled with her recollections.
Florence told me of her Victorian childhood, her marriage to a young man who was later seriously wounded in the First World War (my grandfather), her struggle to put food on the table for her hungry children in the 1930s, and her harrowing experiences of the London Blitz.
For the times, it was a common enough story and yet, for all that, a unique one too, as unique as any human being's life.
Using the original transcripts, and working closely with actress Ursula Mohan, a first draft of the play was formed in 2017. It has been worked on continuously since, into the now highly acclaimed production touring the UK.
Christopher Saul

Please note that online sales will close at 3.30pm on the day of the show. If you wish to purchase tickets after this time then you will need to do so at the theatre Box Office.