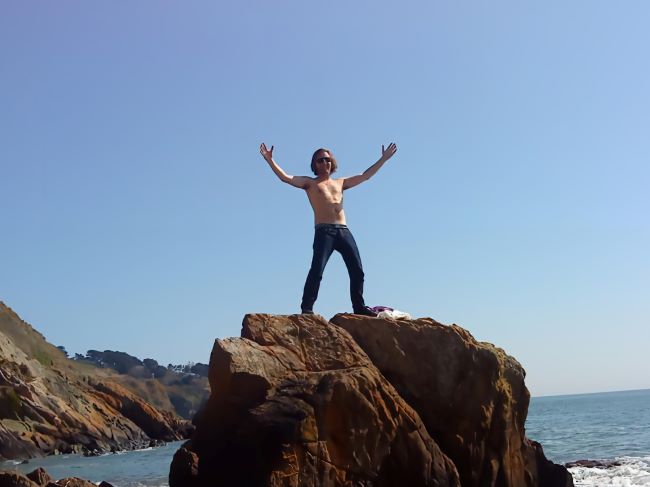 Double Edinburgh Comedy Award nominee. 'Furiously funny' (Times). 'One of the funniest men in Britain' (Telegraph). 'If you can only see one stand-up act, see Maxwell' (Mirror). He's the winner of the Time Out Award for Best Live Comic, Chortle's Best Live Comedian and Channel 4's King Of Comedy. As seen on Live at the Apollo, I'm a Celebrity... Get Me Out of Here, Have I Got News For You, QI, Mock The Week and the winner of Celebrity Mastermind. Andrew is also the voice of MTV's Ex On The Beach.

Krakatoa. An eruption so loud it was heard around the world. Well, we’re all sitting under the volcano now and its about to explode and there’s nothing we can do about it. So let’s just make the most of it!

Andrew Maxwell returns to Deal, fresh from this year's Edinburgh Festival, with a brand new show.

Channel 4’s King of Comedy has been seen on Live at the Apollo, I'm a Celebrity... Get Me Out of Here, Have I Got News For You, QI and Mock the Week. He is the recognisable voice behind MTV's hit show Ex On The Beach and even won Celebrity Mastermind. He can often be heard on Radio 4 and has won or been nomiated for various prestigious awards. He’s sold-out runs at Edinburgh, performed at The Amnesty / Channel Four’s Secret Policeman’s Ball (alongside Eddie Izzard, Chevy Chase and Dylan Moran), Glastonbury, Kilkenny’s Cat Laughs, The HBO US Comedy Arts Festival in Las Vegas (alongside Jerry Seinfeld and Chris Rock) and has appeared several times at the Montreal Just for Laughs Festival. He is a founder member of ALTITUDE, the fantastic comedy festival staged in the Alps, and has recorded three specials.

“A master-class in mirth. Sublime timing, relaxed delivery style, killer punch-lines: the holy trinity of stand-up are all present and correct. Go see a craftsman at work” HERALD *****

“At the top of his game. Thoroughly entertainment and full of intelligence and passion” EDINBURGH FESTIVAL MAGAZINE *****

“He remains on top of his game…  a brilliantly accomplished stand-up with a powerhouse, gimmick-free set that’s hard-hitting and hilarious, politically engaged but not soapboxing, personal but not navel-gazing.” CHORTLE ****1/2