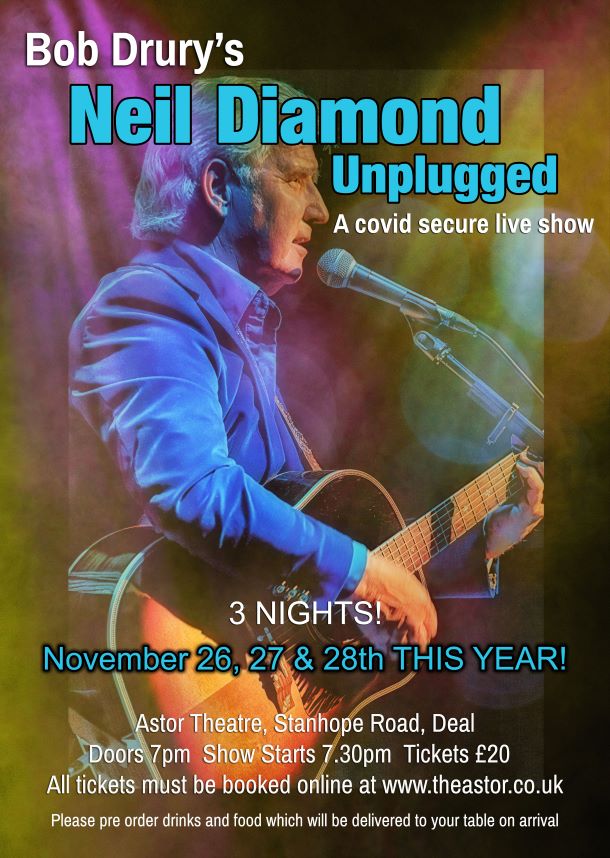 Described in Las Vegas as “one of the world’s finest vocal tributes to Neil Diamond”, Bob Drury has been astounding audiences with his vocal likeness to the man himself for more than a decade. Bob has performed throughout the UK and in Ireland, France, Austria, and various other European destinations.

In 2015 Bob performed in Nashville Tennessee for the America Neil Diamond fan club and the following year was invited to Las Vegas as the only Brit/European to sing at ‘Diamondfest 2016’ a four day celebration of Neil Diamond’s music where he performed on-stage alongside a number of Neil Diamond’s long time band members!

He is bringing a very special unplugged show to The Astor which will be performed to a socially distanced, limited audience. We are thrilled to be joining with Bob to bring live music back to Deal in 2020.