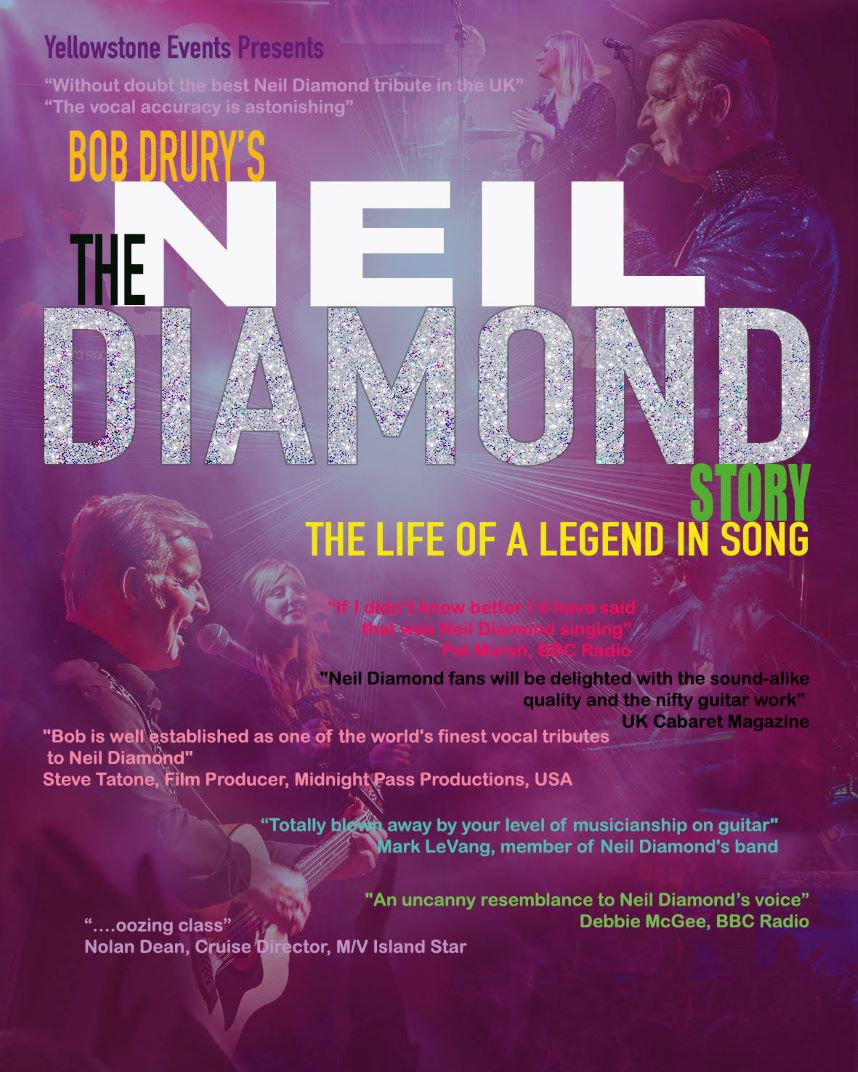 Described in Las Vegas as one of the world's finest vocal tributes to Neil Diamond, Bob Drury has been astounding audiences with his vocal likeness for twelve years during which time he has performed throughout the UK, Europe and in the United States for the American Neil Diamond Fan Club in both Nashville and Las Vegas.

Bob is joined by his amazing band and the show tracks Neil’s journey from unknown and struggling New York songwriter to international mega-star. The music covers every stage of a staggering music career spanning five decades. Join in with all the favorites such as Cracklin' Rosie, America, Love on the Rocks, Play Me, Hello Again, Forever in Blue Jeans, Beautiful Noise, I'm a Believer, Red Red Wine and of course Sweet Caroline.

Bob's duet with Harriet on the Diamond/Streisand classic You Don't Bring Me Flowers is one of the best versions you'll ever hear. The show also features a couple of lesser known songs that are sure to become your favourites by the end of the evening. A fantastic evening guaranteed!

"Bob, it was great hearing you last night and I was totally blown away by your level of musicianship on guitar" Mark LeVang, keyboard player with Neil Diamond's band