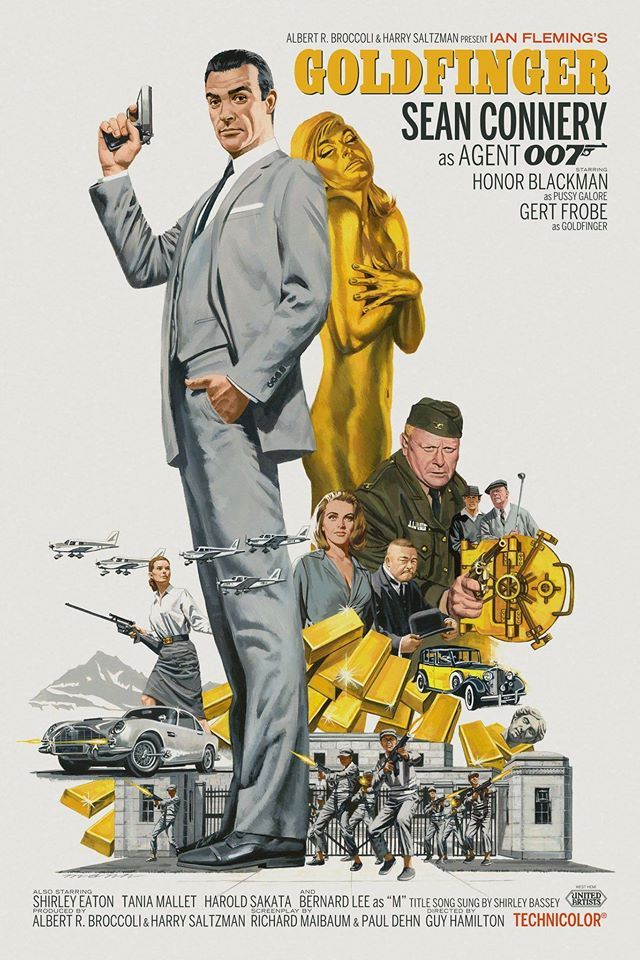 Goldfinger is the third installment in the James Bond series, starring Sean Connery as the fictional MI6 agent James Bond. It is based on the 1959 novel of the same name by Ian Fleming. The film also stars Honor Blackman as Bond girl Pussy Galore and Gert Fröbe as the title character Auric Goldfinger, along with Shirley Eaton as the iconic Bond girl Jill Masterson.

The film is widely  considered to be the point in the franchise where James Bond "comes into focus",and was the first of four Bond films directed by Guy Hamilton.

Many of the elements introduced in the film appeared in many of the later James Bond films, such as the extensive use of technology and gadgets by Bond, an extensive pre-credits sequence that stood largely alone from the main storyline, multiple foreign locales and tongue-in-cheek humour.