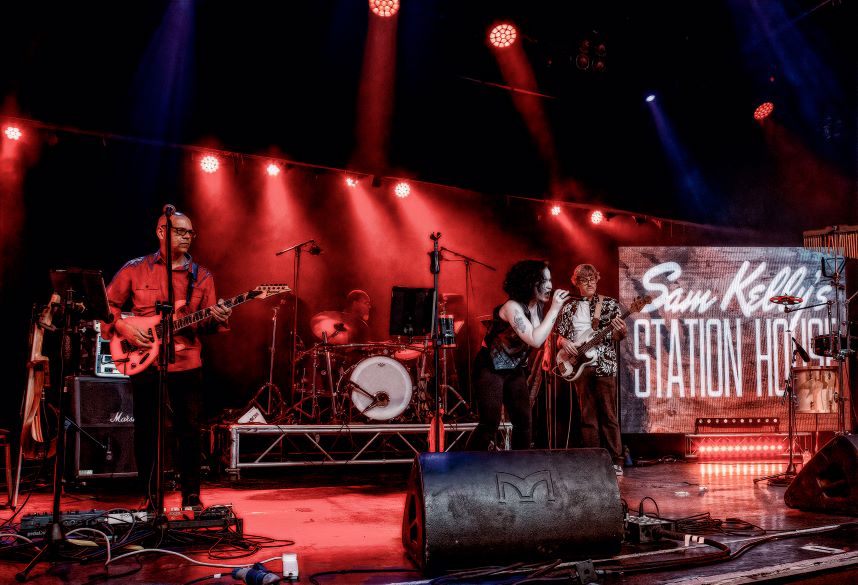 We are sorry to have to announce that this show has been cancelled.

Sam Kelly is a professional musician with more than 40 years in the business.  His “Station House” band has been featuring on the U.K./Worldwide music scene for many years.  Originating from London’s  “Station Tavern” in the early nineties, Station House has seen a wealth of quality musicians come and go over the years, all with one constant goal in mind - to mix instinctive funk/soul rhythms with the diversity of the blues.

In 2019 Sam re-launched the band as a 4-piece featuring Sam Kelly (drums/bvs), Richard Sadler (bass),Tony Qunta (guitar/vocals) and Rowena Poole (lead vocals) and this format continues to work at venues and festivals all over Europe/UK.

Sam Kelly's Station House is a blues-based "groove" band with a unique sound that is influenced by New Orleans Second Line, soul, jazz and British funk.  The show centres around tracks from their latest album "No Barricades" featuring the works of TW Henderson plus songs from Johnny Guitar Watson, Keb Mo, Average White Band and Labi Siffre, to name but a few.

SAM KELLY'S STATION HOUSE are funkin' off the blues !!