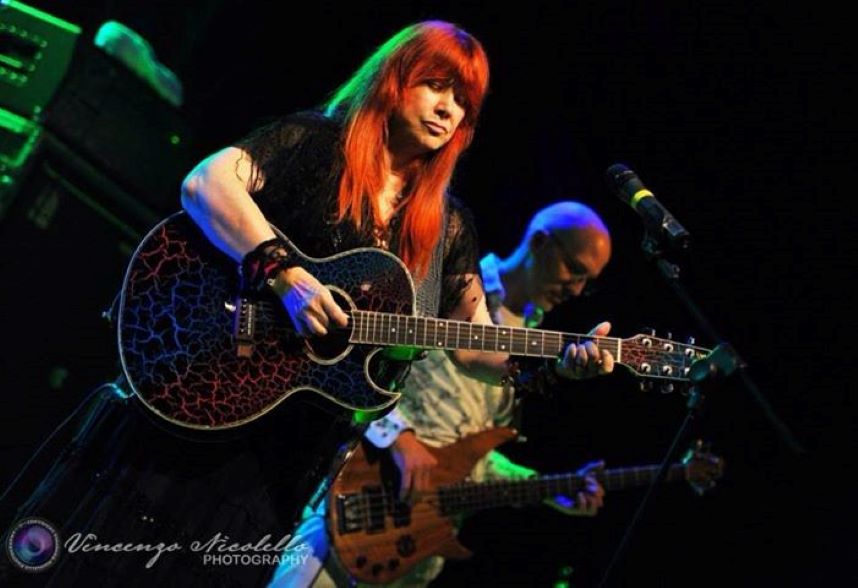 Curved Air is a unique band, synthesizing an eclectic blend of musical styles into an instantly identifiable sound.

Curved Air founder member vocalist Sonja Kristina leads a skilled and talented new line-up, which includes returning 1970s member Kirby Gregory, bringing their unique music to an existing and new fanbase in the 21st Century. Curved Air’s concerts and festival appearances continue to thrill a steadily increasing mass of new and old fans worldwide. Their experimental blends of classical themes, electronic sounds and pop/rock energy and beautiful, timeless songs are performed with fire and passion and tremendous musicianship. Considered (according to AllMusic) "one of the most dramatically accomplished of all the bands lumped into Britain's late-'60s prog explosion",

Curved Air is a pioneering British progressive rock group of musicians from mixed artistic backgrounds. They are famed for their unforgettable live performances and 'Art Rock' music - the quasi classical imprints of Terry Riley hooked onto beautiful and demonic violin combined with electronic adventurous synths and interwoven with brilliant guitar wizardry mesmerisingly embroidered by the subliminal and exotic presence of a unique lead singer Sonja Kristina. All these elements elevated them from the underground Roundhouse scene to top the album charts in the early '70s.

"Curved Air, with a real band attitude and a zest for life; this is a band you want to see live for the sheer artistry of how to deliver the musical goods." Lee Dorian, Classic Rock

"Sonja Kristina prowls the front of the stage expertly playing off the energy of all the performers with her. There's no denying they remain formidable live!" Prog Magazine

"While women in UK progressive rock were relatively few and far between its Sonja that wore the crown. Well the undisputed queen of British Prog is on tour again and what a joy it is to see her and Curved Air back in action. The whole group of assembled musicians are perfectly qualified to recreate the band's uniqueness authentically. Catch them while you can". Classic Rock