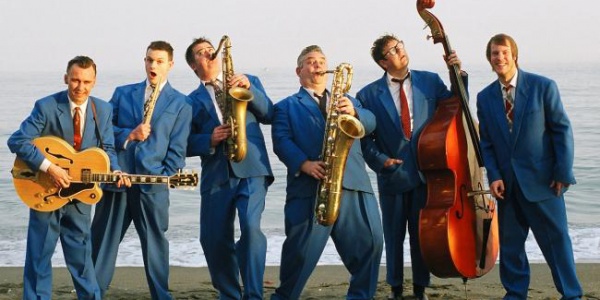 With more than 6500 performances in 21 countries under their belt in their 30 years on the road, King Pleasure & The Biscuit Boys are more than just the world’s greatest jump, jive and swing band – they’re an institution!

In that time they have opened shows for B.B. King, Cab Calloway and His Orchestra, Ray Charles, and toured with the real Blues Brothers Band – the one from the movie.

Rough, tough and always rocking, King Pleasure & The Biscuit Boys have appeared at festivals, in concert and at clubs throughout the UK and Europe – and they still play the Birmingham Jazz & Blues Festival, where they have headlined for an unprecedented 14 years.

Along the way, the band have recorded 11 albums for Big Bear Records, all distributed worldwide.