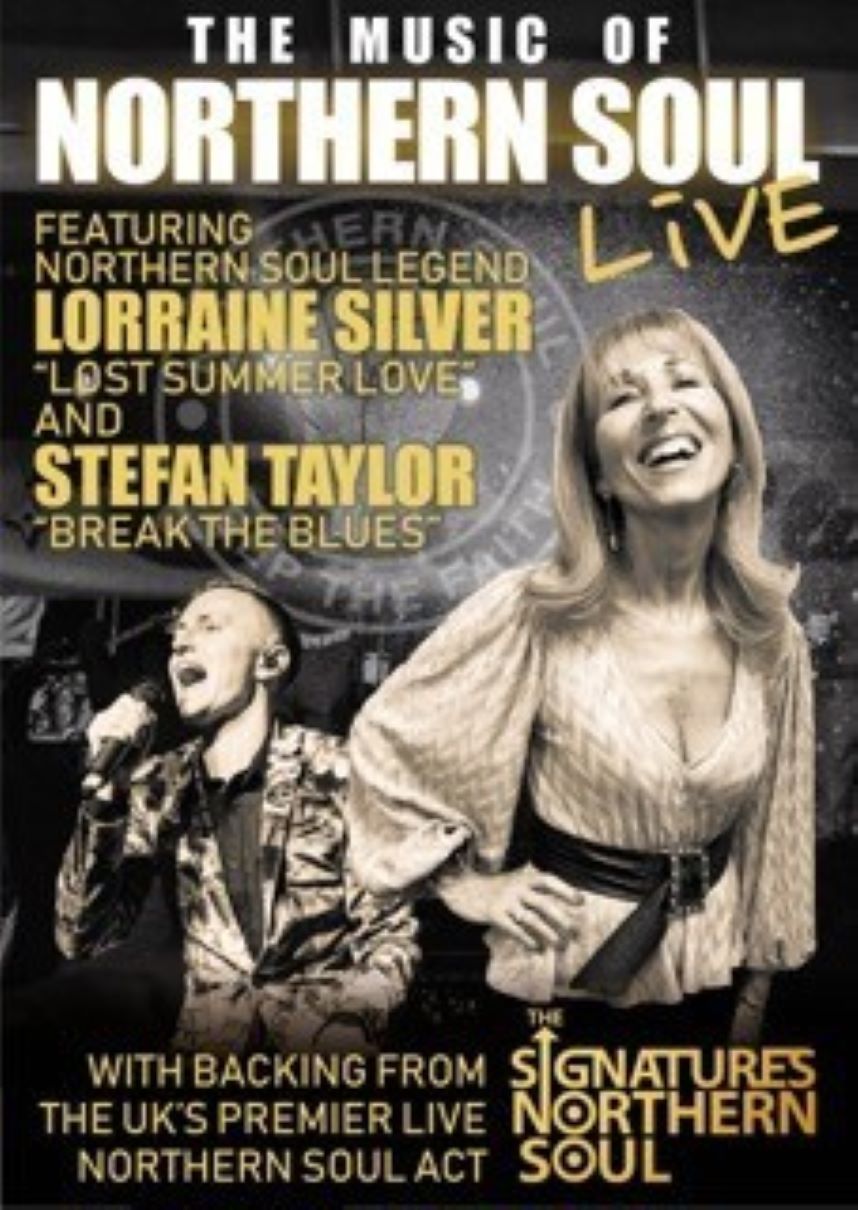 This record went on to become an iconic track at the legendary WIGAN CASINO in the 70’s without her knowledge. Due to high public demand the single was re-released on Casino Classics label and sold in excess of 30,000 copies. The track was listed in ‘Blues & Soul ‘ Magazine in 1987 as one of the top 10 Northern Soul records of all time. Her second PYE single was another classic ‘HAPPY FACES’

In 2004 she recorded a brand new album of Northern Soul anthems ‘The Northern Soul Sessions’ which still sells well on download today under the new title ‘Northern Soul Diva’. This includes  her versions of some Northern Soul classics including ‘LANDSLIDE ‘ & the Burt Bacharach/Hal David penned ‘LONG AFTER TONIGHT IS ALL OVER‘.

In 2018 she went into the recording studios with legendary record producer IAN LEVINE to record a brand new single ‘STANDING AT THE INTERSECTION/‘BEST TIME OF MY LIFE’, two songs that were written especially for her after Ian saw her perform at the ‘Northern Soul Survivors Weekend’ in Skegness to an audience of 8000 and last year she followed this up with a brand new single out now getting lots of radio air play ‘FEVER RAGING OUT OF CONTROL’/’THE LAST TO KNOW’

STEFAN TAYLOR sings with passion direct from the soul with an amazing vocal range. Since 2016 Stefan has been appearing as regular frontman with the UK’s No 1 Northern Soul Band The Signatures.
He has worked alongside American legends such as Tommy Hunt, Dean Parrish, Brenda Holloway, Nolan Porter, Eddie Holman, Tobi Legend, Sidney Barnes, Pat Lewis, Ruby Andrews, The Flirtations & Bobby Brooks Wilson, the son of Jackie Wilson plus the UK’s one and only Northern Soul Legend Lorraine Silver.