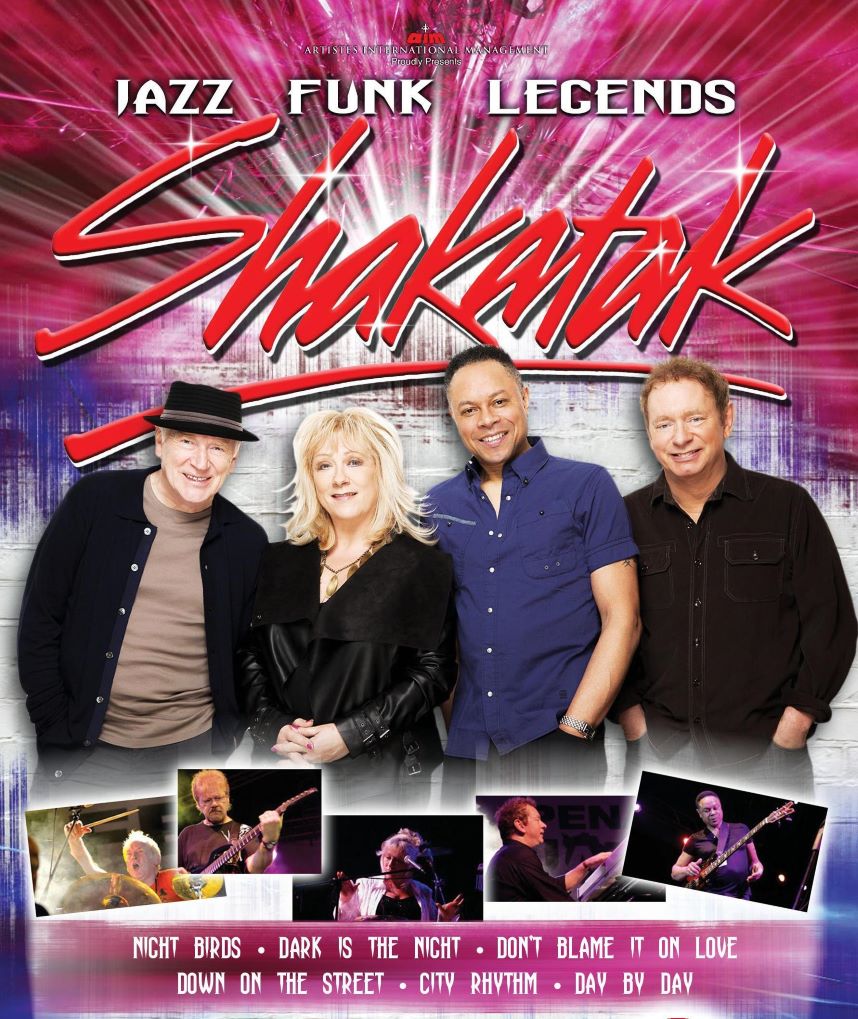 With a career spanning more than three decades and a back catalogue packed with groove classics Shakatak have enjoyed a level of success and career longevity rarely achieved in contemporary music. In fact the year 2022 will be the 40th anniversary of their biggest hit album and single Night Birds.

Because of the nature of their music their fan base is far reaching while always retaining an “underground” element. This paradox sees the band, who are known primarily as serious musicians, enjoying both high cult status and instant recognition as a household name.

Their many hits include the singles Down on the Street, Easier Said than Done, Invitations, Dark is the Night, Feels Like the Right Time and, of course, Night Birds. They have released more than 50 CDs plus three DVDs, their brand-new cd “In the Blue Zone” has recently been released.